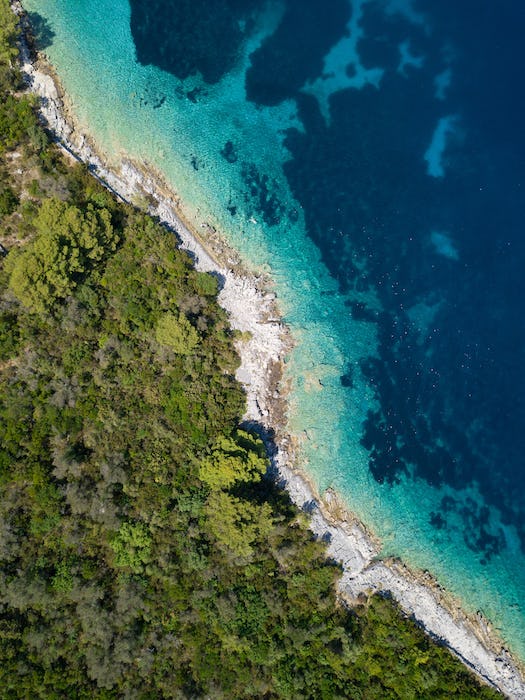 The Kornati archipelago is the densest group of islands in the Mediterranean. It consists of 140 islands, islets and rocks, with a total surface of 320 square kilometers. The name of the archipelago derives from the name of the largest island, Kornat. 89 of the 140 islands of the Kornati archipelago were classified as a national park in 1980, protecting the islands and their marine surroundings. Today, it is one of the most popular destinations for sailing holidays in Croatia, offering an abundance of natural beauty.

The Kornati National Park consists of two groups of islands: Kornat and the Piškera island chains. Kornat, the biggest of the islands with a total area of 32 square kilometres, makes up two-thirds of the park's land area. Interestingly, although the island is 25 kilometres long, its widest point is just 2.5 kilometres.

Another attraction worth mentioning is the Telaščica Nature Park. It is located in the south east part of Dugi Otok, offering visitors a chance to experience some of the beautiful wildlife inhabiting the area. Telaščica is home to restaurants where you can taste authentic Croatian seafood and local wines.

There are no residents on Kornati Islands. However, there are several houses in well-protected coves such as Vrulje, Kravjačica, Lavsa used by mainland landowners as temporary shelters. Most of the landowners are from the islands of Murter and Dugi Otok.

Although the surface of the Kornati Islands may seem barren, and the landscape can resemble the surface of distant planets, there is plenty of life emerging from its nooks and crannies. In fact, over 650 plant species have been recorded in the area.

Given their shape and formation, with dozens of secluded lagunas and bays, the Kornati Islands make the ideal sailing spot in Croatia. The sea around the islands is often littered by boats. Kornati Islands provide both challenges and safe shelter for sailing and boating enthusiasts. Yet, visiting Kornati is no easy matter as knowledge about local weather conditions is a must. Rocks and short distances between the islands can lead to unpleasant surprises for inexperienced sailors.

If you wish to avoid sailing yourself, there are many tour boats offering day trips around the national park. Departures are from Zadar, Šibenik, Biograd na Moru, Murter and other nearby tourist hubs. There are many breathtaking sites, with the most impressive being the 100-metre cliffs that stretch for 1.5 kilometres along the island of Mana.

What to expect from sailing conditions around Kornati Islands

Despite being located between two quite different areas - the northern Adriatic and the southern Adriatic - its small area and low elevation means that the Kornati Islands have almost the same climate. Summers are hot and dry with most of the rain falling in autumn accompanied by harsh winds. The temperature is similar to most of the Adriatic coast varying between average lows of 8°C in February and average highs of 25°C in July and August. The islands provide ideal summer conditions as well as very good sailing conditions in Spring and Autumn. The most frequent wind in the Kornati is Bura (north-easterner), while the strongest one is Jugo (south-easterner). The dominant wind during the summer is Maestral (north-westerner), described as perfect for sailing. There are twice as many sunny days in the year than cloudy ones, with around 2700 hours of sunshine annually. However, when clouds appear you can almost guarantee that it will rain at some point.

An ideal time to book a sailing holiday in the Kornati Islands is between April and September. During these months a warm climate, gentle winds and a calm sea will make your sailing trip in Croatia an unforgettable experience. 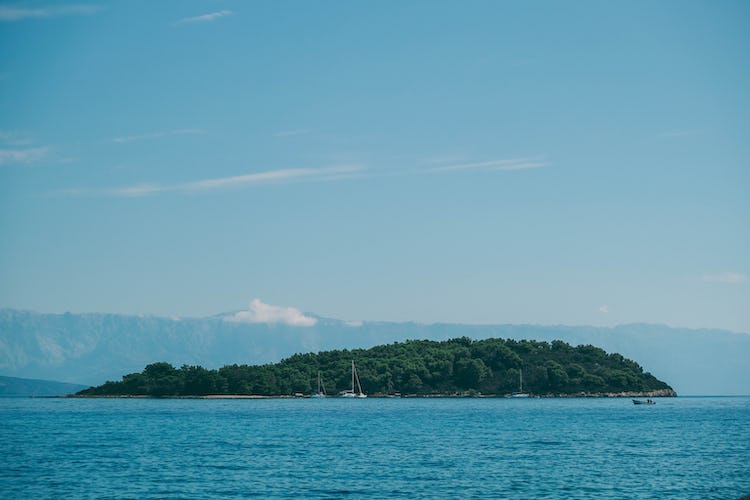 A deserted island in the Kornati Islands national park

Top Kornati marinas from which to explore the natural beauty

There are two marinas on the Kornati Islands, the ACI Marina Piškera and the ACI Marina Žut. ACI Marina Piškera is situated between the islands of Piškera and Panitula Vela, on the northern coast of the island Panitula Vela. The Marina provides very good protection from the north wind (Bura) and has 150 berths. It offers moderate facilities and is open from April until October. ACI Marina Žut sits on the northeast coast of the island of Žut, in the Podražanj bay. It has 120 berths, offers moderate facilities and is open from mid-March until the end of October.

Marinas on the island of Murter are also perfect for exploring the Kornati Islands. The three most popular are Marina Hramina, Marina Betina and ACI Marina Jezera. Marina Hramina is situated in the northwest part of Murter, only 7 nautical miles away from the Kornati archipelago. It has 400 berths, 250 dry berths, extensive facilities and is open all year round. Marina Betina lies at the northern entry of Murter Channel, north-westward from Betina, a small village on the island of Murter. It offers 180 berths, 90 dry berths, basic facilities and is open all year round. ACI Marina Jezera is situated in the south side of Murter, in the southern part of the Jezera bay. The eastern side is protected with a wave-gate, it has 200 berths, 35 dry berths, moderate facilities and is also open all year round.

Additionally, marinas in Zadar, Šibenik, Sukošan and Biograd na Moru are all viable options for exploring the Kornati Islands

Our favourite place to anchor around Kornati Islands

Even though sailing is allowed in the whole of the Kornati National Park, there are protected zones where access is restricted. The list of bays and coves where anchoring and overnighting is permitted is as follows:

Despite restaurants in the bays having buoys, there is no obligation to visit the restaurant when you tie-up to one.

What to expect from charter prices to visit Kornati Islands

The best offers for chartering a boat for a sailing trip around Kornati Islands can be found in Zadar, Šibenik and Biograd na Moru. Prices can vary dramatically, depending on the time of year and type of boat you want to charter. From May to early June the starting price for a sailboat 11 to 14 meters in length, capable of accommodating six people, is €900 to €1,000 per week. Prices can almost double in July and August as you approach the peak months of the tourist season. Catamarans can cost twice as much as sailboats for a week of sailing, but offer much more luxury and comfort. One week of high-end sailing on a catamaran at the beginning of July can cost anywhere between €7,000 and €15,000. Motor yachts can provide the fastest - but possibly the least romantic - way of enjoying the Croatian maritime beauty. Depending on the size and date, the cost of chartering a motor yacht for a week can be anywhere between €5,000 and €20,000. However, this would enable you to go from Kornati to Koručula and all the way down south to Dubrovnik in one epic day.