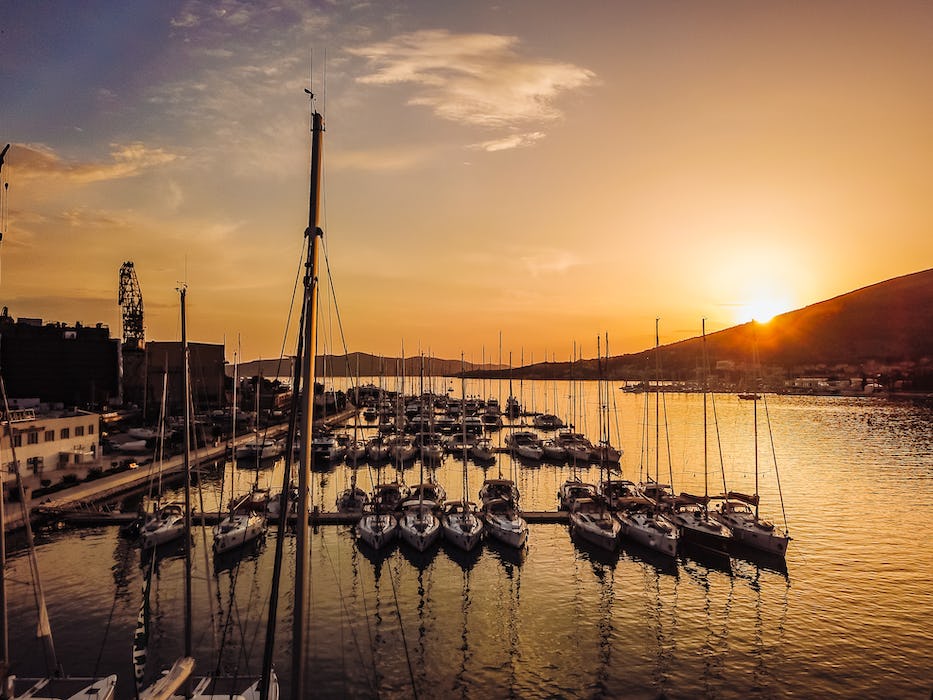 A brief introduction to Pula

The Croatian city of Pula sits on the southwestern part of the Istrian peninsula and is the biggest and most important city of the Istria region. Pula is an ancient city, with the first mention of the city dating back to the 3rd century B.C. The city became a Roman colony in the 1st century B.C, which resulted in intense development of the area. Today, Pula is dominated by breathtaking Roman architecture, most notable being the excellently preserved amphitheater. The old town is filled with Roman artefacts, churches from all historical periods, monuments, and museums. This makes Pula an ideal destination for anybody looking to fill their vacation with a touch of culture and history.

Why you should embark on a Pula sailing holiday

Pula lies at the head of the Bay of Pula and has a large harbour which contains a naval base and the Uljanik shipyards. The city was always orientated towards sailing and maritime development and therefore offers excellent infrastructure for all your sailing needs. As it is located on the southern tip of the Istrian peninsula, it serves as an ideal starting base for exploring nearby islands and the rest of Istria. Sailing north from Pula will land you on the beautiful Brijuni islands before reaching coastal cities of Rovinj, Poreč, and Umag. If you set sail southeast, you will find the islands of Cres, Lošinj, and Rab. A bit further south, you will discover the Kornati National Park, a cluster of islands home to some spectacular scenery and untouched natural beauty.

What you can expect from Pula sailing conditions

Despite having a mostly warm and mild Mediterranean climate, Pula tends to see a lot of rainfall, even in the summer months. However, the rains are short and can help reduce the high summer temperatures. Similar to most of Croatia, summers are hot, with temperatures often exceeding 30 °C. You are most likely to experience good weather during June and September with pleasant average temperatures that sit between 20 °C and 25 °C. Winds are moderate and dependable in the summer, perfect for sailing. On the open sea, in the middle of the Adriatic channel, winds blow from north to south. As you get closer to the islands and the Croatian shoreline, winds shift to dependable mistrals, blowing in regular intervals (morning and afternoon, with a midday pause). Sea temperature peaks around 25 °C during the summer months, but water activities can also be enjoyed anytime between late May and mid-September.

What are the best areas of Pula to uncover

Pula is the largest city of the Istrian peninsula, with approximately 60,000 inhabitants. As it evolved from the Roman colony, the city spread from the coast inland. The most notable areas of Pula include Monvidal, Arena, Monte Zaro, Veruda, Stoja, Vidikovac, and Verudela. The most prominent tourist attractions, including the Roman amphitheatre, are located in the Arena area which offers plenty of landmarks, museums, restaurants and cafes. Another place worth visiting is the Pula Aquarium, located in the southern part of the city, past the Zlatne Stijene (Golden cliffs). The whole of the aquarium is housed in a 19th-century military fort, making for a spectacular sight. Here you can get acquainted with the local sea life, support the local sea turtle rescue centre and book a day trip of dolphin watching.

Pula sailing marinas from which to stock up

There are several well-positioned marinas situated in and around the city of Pula.

The most notable one is the ACI Marina Pula, located near the historic centre and a couple of hundred meters away from the Roman amphitheatre. The marina offers 192 berths and can accommodate yachts up to 40 m in length. It is located at the centre of the Pula bay, offering excellent protection as well as extensive amenities.

Located in the southern part of the city, a 5-minute drive from the old town, Marina Veruda is an ideal spot for those wanting to avoid the busy Pula harbour. The marina is 1.5 km long, and its location offers a safe shelter from all winds. There are 18 piers equipped with electricity and water supply. It has a capacity of 630 berths for vessels up to 40m with draught up to 4m.

Luka Bunarina sits opposite the Marina Veruda and offers five piers for nautical mooring with a total of 290 berths.

ACI Marina Pomer lies on the southern tip of the Istrian peninsula, located in the Medulin Bay, offering excellent protection from the elements. The marina was rebuilt in 2016, and today it offers 294 berths and 30 dry berths.

Marina Medulin is located some 10km southeast from the city of Pula. It was completely renovated and reopened in April of 2019. The marina is privately owned by a charter company Adriatic Chart Company and offers 90 moorings for yachts up to 16m with 50 dry berths. 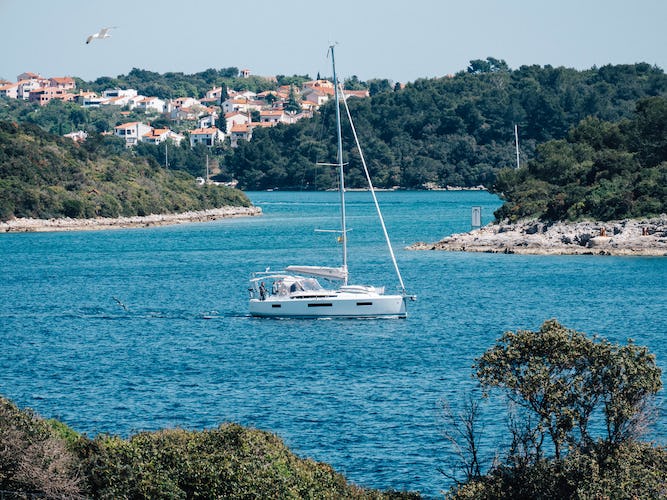 Your best options for anchoring around Pula

The coast of the Istrian peninsula around Pula is riddled with coves and bays ideal for safe anchoring. Anchoring is possible in the Port of Pula, as long as you pay the fee to the Port Authority for each night spent there. In the near vicinity of the city, Valovina bay offers safe anchoring with nearby restaurants and shops for resupplying. Adjacent Stoja bay is also a good spot, with depths around 8m. Further down south from Stoja, Soline bay is another popular anchoring spot. The famous boardwalk Lungomare is near, as well as an Adventure Park and several restaurants.

What to expect from Pula charter prices

Charter prices in the Pula area are somewhat lower than those in southern Croatia, primarily in the Split and Dubrovnik area. Starting prices for smaller sailboats around the pre-season (April and October) sit below €1,000 for a week of sailing. During the peak tourist season in July and August those prices usually double to around €2,000 per week. Catamarans and motorboats can cost you significantly more with prices exceeding €10,000 for a week of sailing during the most popular sailing months. You should also have in mind additional costs when chartering. Tourist tax and transit log (cleaning) fees are the main extra costs. They are usually paid at the charter base before departure. In general, the tourist tax is €1 per day per person, while cleaning varies depending on the boat size. For those less experienced, hiring a local skipper is usually a smart idea. Skipper rates in Croatia are around €150 per day, depending on the boat.