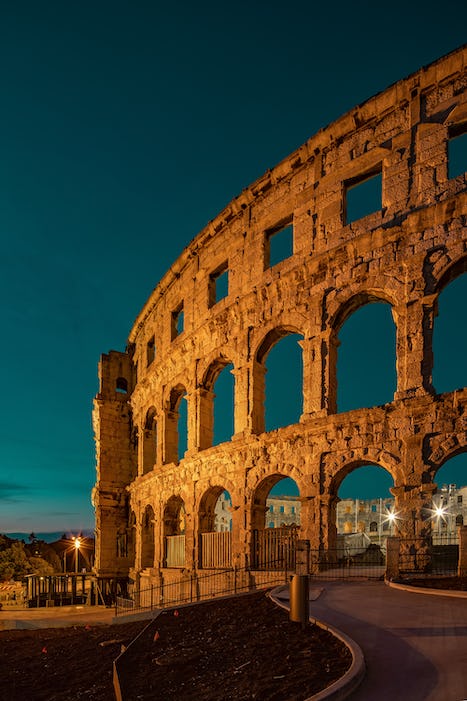 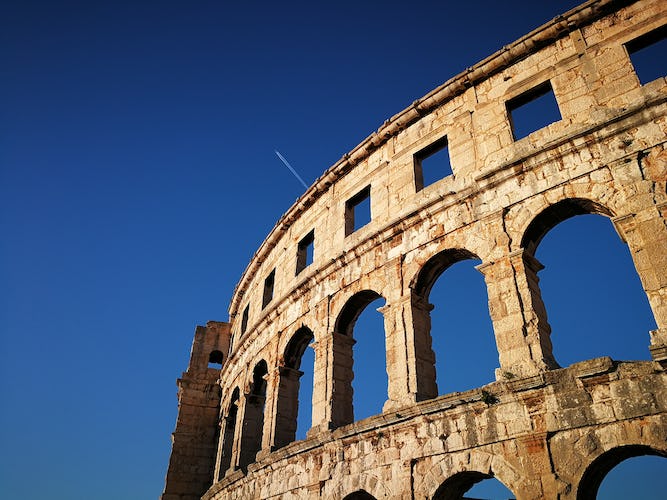 Pula is a seafront city on Croatia’s Istrian Peninsula. Pula is best known for its rich Roman architectural legacy of surviving ancient buildings. Amongst them are a 1st century amphitheatre where you can experience the thrill of the arena and the gladiators, and the 6th largest Roman Colosseum in the World. Pula has a rich history dating back to the 10th century BC and is best known for its many Roman ruins which have withstood throughout history. For a more modern experience you can visit Flanaticka Street, where you can find some high street shops and restaurants.

Relax at any of the beautiful Pula beaches

Seagull’s Rocks beach (Galebove stijene) is one of the beaches near Pula located in Stoja, one of Pula’s neighborhoods, and it has a breathtaking view of the open sea. The adventurers will love the rocky beach with high cliffs suitable for jumping in the water. The beach is also known for several hidden caves which you can explore. It is a popular spot for divers who take advantage of the clear waters for underwater photo-shoots. Pets are allowed on the beach.

Ambrela Beach Pula, located in the small St John Cove, between Saccorgiana Beach and Hotel Brioni, is covered with pebbles and boulders. Native holm oak trees surround the beach, creating the perfect shade to rest after swimming in the clear blue water. Ambrela Beach is very popular among the local population and guests because of its easy entrance into the sea, making it convenient for families with kids as well.

Lighthouse Beach Pula is located near Cape Verudica on Verudela Peninsula in Pula. The Apple, a small cliff in the sea named after its apple-like shape is the main attraction of the beach. The beach was named after Verudica Lighthouse built in 1877. There is a legend about buried gold under the lighthouse that the Roman Emperor Vespasian hid.

Golden Rocks Beach (Zlatne stijene) stretches from Soline Cove to Saccorgiana Cove, and it is a part of Brankoras Bay. The beach is located between the two resorts Splendid Golden Rocks Resort and Horizont Golden Rocks Resort. There is a pool bar and a market on the beach, along with some restaurants.

Hawaiian Cove Beach is one of the most popular beaches in Pula, especially among the younger population. It was named Hawaii because of the high waves, similar to those found in Hawaii, formed when the Jugo wind hits the cove. The central part of the beach is covered in pebbles with some rocky boulders. The sides are rocky and of medium height, suitable for jumping into the water. 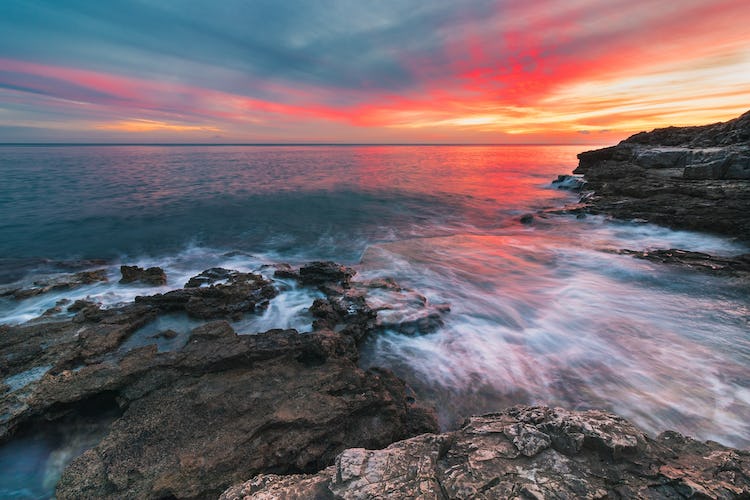 Štinjan Beach is located in Štinjan Cove near Pula and offers natural beauty, clean sea, thick pine woods and fascinating sunsets. The Štinjan Beach is great for adventure seekers as it has many facilities for a fun and active vacation such as a beach volleyball court, jet skis for hire, an aqua park and parasailing. For those looking for places to party there are also plenty of beach bars along the coast open until the early morning hours.

Sandy Cove Beach (Pješčana Uvala) is one of the few sand beaches in the Pula area. It is suitable for families with kids, and it has a water playground. Beach goers can also rent sunbeds and parasols on the beach. Near the beach there are two beach bars and a few restaurants. Lifeguard services take care of the security.

Istrian cuisine was influenced by its inhabitants and rulers over the centuries from Italy, Greece and France. However, there are a few traditional Istrian delicacies you should try while visiting. The traditional dishes are truffles, olive oil, mussels, prosciutto, oysters, boškarin (Istrian ox), and a dessert called fritule. The Croatian coast, including Istria, is also well known for its Mediterranean diet, which was included in 2013 on the Representative List of UNESCO’s Intangible Cultural Heritage. The Mediterranean diet, also found in Italy, Spain, Portugal, Greece and Cyprus, involves a set of skills, knowledge, rituals, symbols and traditions surrounding fishing, harvesting, cooking and particularly the sharing and consumption of food. The diet emphasizes the importance of eating together, the values of hospitality, intercultural dialogue and creativity.These form the foundations of the cultural identity of communities throughout the Mediterranean.

Unwind with a cocktail at one of Pula's bars

Make the most of the nightlife in Pula 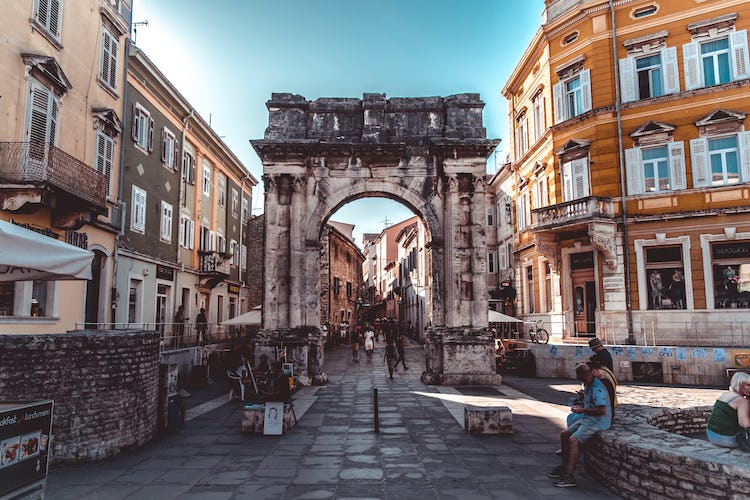 Some of our top recommendations for things to do in Pula