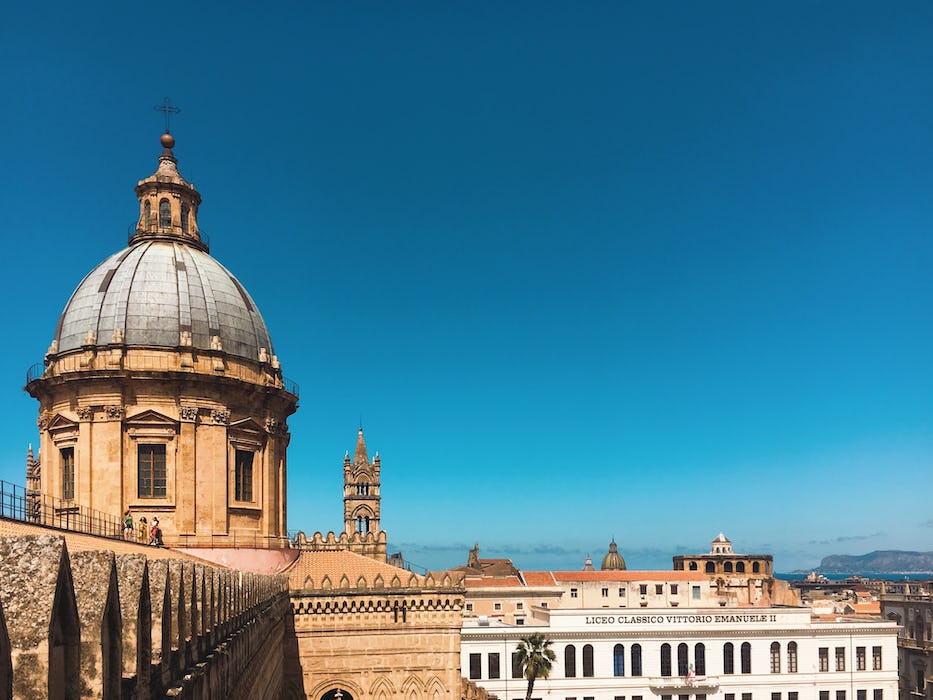 The Phoenicians originally founded Palermo in 734 BC as the city of Ziz. As the city of Palermo fell under the rule of Carthage, two Greek colonies were established, named Panormus or “All-Port”. Under the name Panormus, the town became part of the Roman Republic where it remained for over a thousand years. Under the Arab rule, which lasted for more than two centuries, the city was renamed Balarm, the root of the present-day name of the city. Following the Norman reconquest in the 12th century, Palermo became the capital of the Kingdom of Sicily, which lasted for nearly 700 years, and the capital of the Holy Roman Empire. In 1861 Palermo later became a part of the Kingdom of Italy, and was the capital of the Kingdom of the Two Sicilies for a short period of time.

Today, Palermo is an important port city, transporting around 2 million passengers and 5 million tonnes of cargo annually. Despite being touted as the city controlled by the Sicilian Mafia, Palermo is a safe city offering its visitors spectacular landmarks, rich culture, delicious cuisine and a laid-back atmosphere. 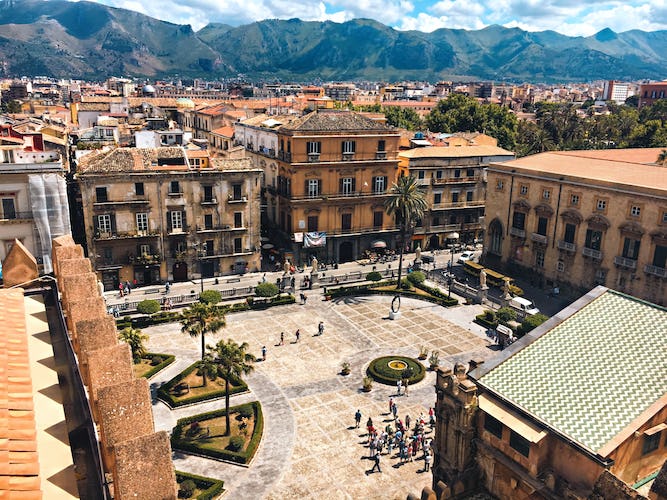 A piazza in Palermo

Palermo architecture - a blend of styles

Although not the first city to spring to mind when discussing historic Italian cities, Palermo is a city bursting with history, impressive cultural landmarks and beautiful Norman architecture.

The Cathedral of Palermo was built in 1184 by the Normans and is one of the most important architectural monuments in the whole of Sicily. The cathedral was constructed on the site of a Muslim Mosque that was previously built over a Christian basilica, highlighting the religious and political turmoil of Palermo’s past.

Both the exterior and the interior of Palermo Cathedral display a combination of different styles, blending Medieval, Gothic, Arabic and Neoclassical influences. The interior is lavishly decorated, displaying various works of art, and the church itself is free to enter.

The Palazzo dei Normanni (Norman Palace), also known as the Royal Palace of Palermo was the seat of the Kings of Sicily during the Norman rule of the island. The palace is considered to be the oldest royal residence in Europe, chosen as the residence of kings following the Norman conquest of Sicily in 1072. The chapel of Cappella Palatina, located inside the palace, is the best example of the combination of Arab, Norman and Byzantine styles that dominated the 12th-century Sicily. The Norman Palace, along with the Palatine Chapel, is included on the UNESCO’s World Heritage List.

The Church of St. Mary of the Admiral, also known as La Martorana, is located on Piazza Bellini and is the seat of the Parish of San Nicolò dei Greci. This imposing church, included on the UNESCO World Heritage List since 2015, displays multiple different styles, representative of the numerous rule changes on the island of Sicily. The rich church interior, dominated by a series of 12th-century Byzantium mosaics, attracts plenty of visitors and is a definite must-see.

The Regional Archeological Museum Antonio Salinas, dedicated to the famous Palermo-born archaeologist Antonio Salinas, displays one of the richest collections of Punic and Ancient Greek art in Italy, including various other items related to the history of Sicily. Located in the city centre, near the Massimo Theatre, the Archaeological Museum is the perfect place to visit to fully appreciate and understand the rich history of Palermo and Sicily.

Palermo has a wide selection of different accommodation options. If you are looking for cheaper options, the city is filled with beautiful B&Bs and charming hostels. However, Palermo is a city full of traditional hotels, often situated in historic buildings, in walking distance of the most famous attractions in the city. Therefore, to truly experience the capital of Sicily, we strongly recommend staying in one of these historic hotels. 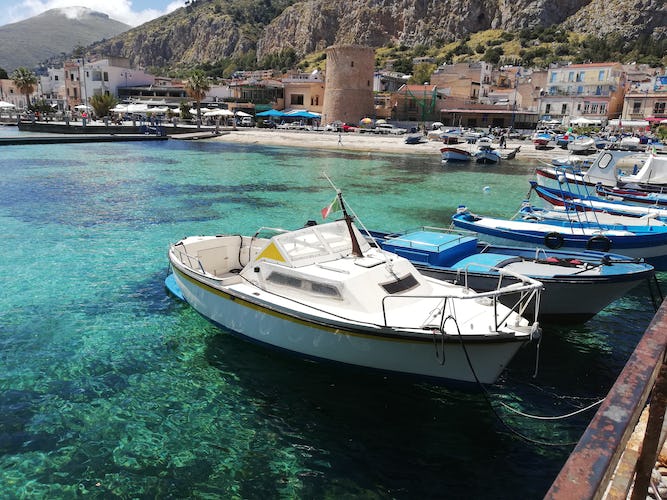 A pier in the harbour of Palermo

The stunning beaches of Palermo

Despite Palermo’s busy port and large population, the coast around the city remains a peaceful oasis, offering warm, shallow seas and spectacular sandy and pebble beaches. 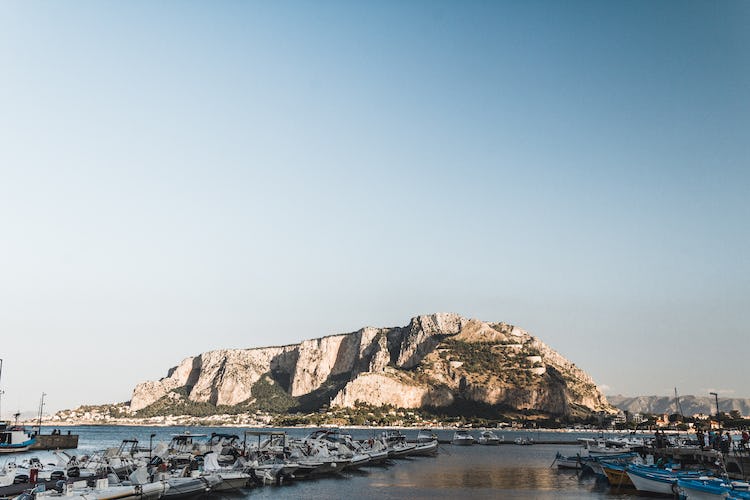 The beauty of Sicilian weather

The city of Palermo has a typical Mediterranean climate, with very mild winters and hot summers. Palermo has some of the highest winter temperatures in the whole of Italy with average winter temperatures around 15 °C, making it a desirable tourist destination year-round. However, winter is the wettest period of the year, with plenty of rainfall in February. Spring and autumn are both enjoyable seasons in Sicily, with temperatures sitting around 20 °C, ideal for hiking and sightseeing.

Summers can get quite hot here with temperatures regularly exceeding 30 °C in July and August. Occasional heat waves can raise the temperature well above 35 °C and the highest temperature recorded in Palermo is 44 °C. Summer is also the driest part of the year, so it is important to seek refreshment on some of Palermo’s beautiful beaches.

Water temperatures between May and October sit above 20 °C, while sea temperature in August reaches 26 °C.

Due to its warm climate and mild winters, Palermo can be visited throughout the year. Summer is the best time to enjoy the beautiful Sicilian, although it can get quite hot. If you are looking to avoid the summer madness and take in some sights, both spring and autumn are viable options.

Party with the Sicilians

Be it small bars, local trattorias, or fancy nightclubs, Palermo offers a vibrant and rich nightlife, especially in the summer when the streets and terraces are filled with people enjoying themselves long into the night. Be sure to dress up and hit the streets; you will not regret it! 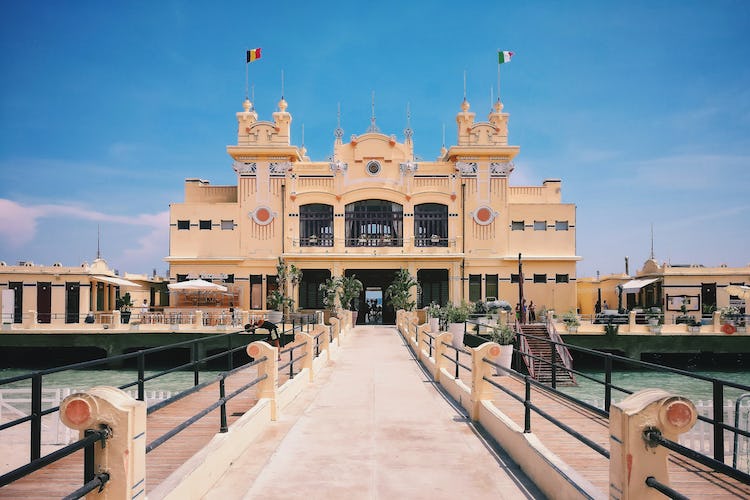 Sicilian cuisine is world-famous, depicted in numerous Hollywood movies and TV series. Visiting Palermo, you will be spoilt for choice when it comes to fine dining. Here are some of the more popular restaurants in Palermo, serving delicious seafood and traditional Italian dishes. 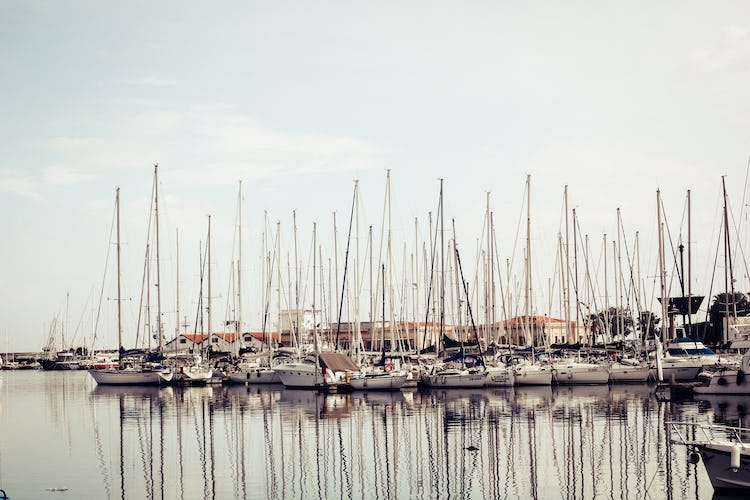 Marina filled with yachts in Palermo

Palermo marinas - right where you want them

The majority of marinas in the city of Palermo are located close to the city centre, within the port of Palermo. Visiting Palermo by boat is one of the best ways to explore the city, as you will be situated very near the major attractions.