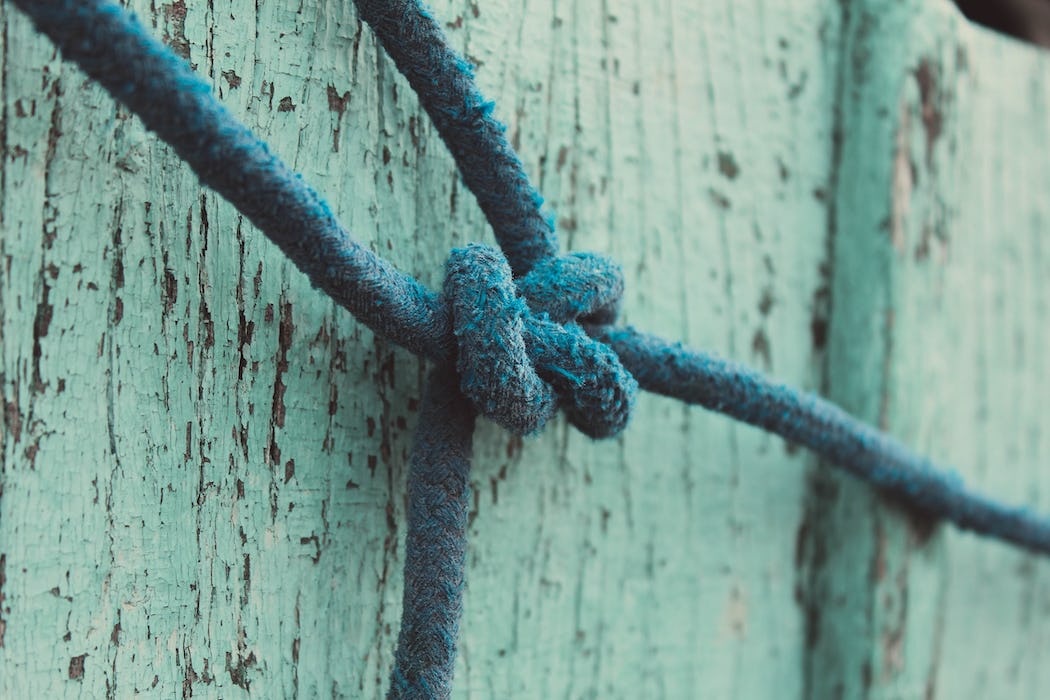 Knots have been widely used throughout human history and are believed to be one of the cornerstones of sailing. Initially used as a binding mechanism, the number of different knots grew exponentially over time. As a result the number of applications for these knots also evolved. During the golden age of exploration, as ships became larger and more complex, new knots and applications emerged. One of the most important requirements of any sailor was an ability to tie an appropriate knot. As technology advanced and sailboat demand dwindled, so did the art of knotting. However, learning how to tie basic knots is essential to your safety when you venture out to sea even today. As with learning how to tie your tie or laces, practice and repetition is key to mastering sailing knots. Below we list some of the most commonly used knots in sailing with basic instructions on how to tie each of them.

Perhaps the most used knot of the nautical world, believed to have been in use for more than 400 years. The bowline is a simple loop knot that tightens as the load increases. It is most frequently used on smaller vessels and it is as easy to tie as it is to untie. while creating a fixed loop at the end of your line.

How to tie a Bowline knot:

*Easiest way to remember is the rabbit path:

The rabbit (end of the rope) goes out of its hole, around the tree and down the hole again.

The Figure 8 knot is a quick and convenient stopper knot which doesn’t bind and can be undone easily. It is used in sailing wherever a temporary stopper knot is required. When mastered, this knot is easy to tie but can be difficult to tie under heavy load and has a tendency to jam.

How to tie the Figure 8 knot:

The cleat hitch is one of the most important knots used when tying to a mooring cleat. If tied properly, this knot will securely hold a line under tension as long as it is needed. There are many applications for this knot. The most common being: securing dock lines, jack lines, tying up to a pier or another boat and securing a tow line.

How to tie the Cleat hitch knot: 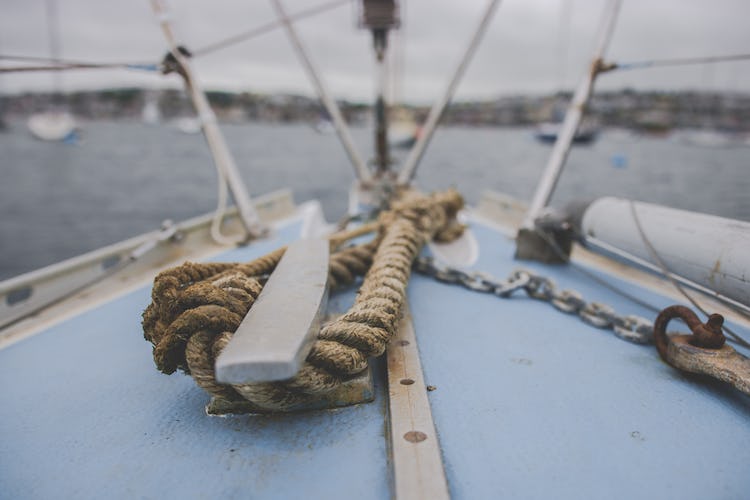 Knot on top of front of boat

The overhand knot is one of the most fundamental knots, used as a basis of many other more complex knots. This knot is a stopper, best used when it is intended to be permanent. Its most common use is to prevent the end of a rope from unraveling. Tying two ends of one rope or cord around an object forms the Half Knot, while tying one end of a rope passed around an object and then secured to its own standing part is called a Half Hitch.

How to tie an overhand knot:

A half hitch knot is a variant of the common overhand knot and is the simplest form of hitch. It is created by passing the end of a rope around its standing part and through the loop which is then formed. Two half hitches tied around an object create the common clove hitch. Half hitches are often used to secure the end of a rope to itself after it has been wrapped around a ring or piling.

How to tie the Half Hitch knot:

*If needed, repeat with a second overhand knot to create two Half Hitches

A clove hitch consists of two successive half-hitches tied around an object. The best usage of this technique is when applied as a crossing knot. The clove hitch will rarely slip, but it can loosen when continuously tugged.

How to tie the Clove hitch knot:

The reef (square) knot, sometimes referred to as a Hercules knot, is an ancient binding knot used to secure a rope or line around an object. It consists of two half knots, one left and one right, with one  tied on top of the other. The reef knot is unique in that it may be tied and tightened with both ends. Some recommend not to tie off two ropes using the reef knot as it can sometimes become unstable. In sailing, it is mostly used for reefing and furling sails.

How to tie the Reef knot:

The sheet bend is a quick and easy knot that is useful for joining lines of different rigidity or diameter. It is an essential knot to master, preferred for its simplicity and tendency to not jam.

How to tie a Sheet bend:

next to where it exited the knot.