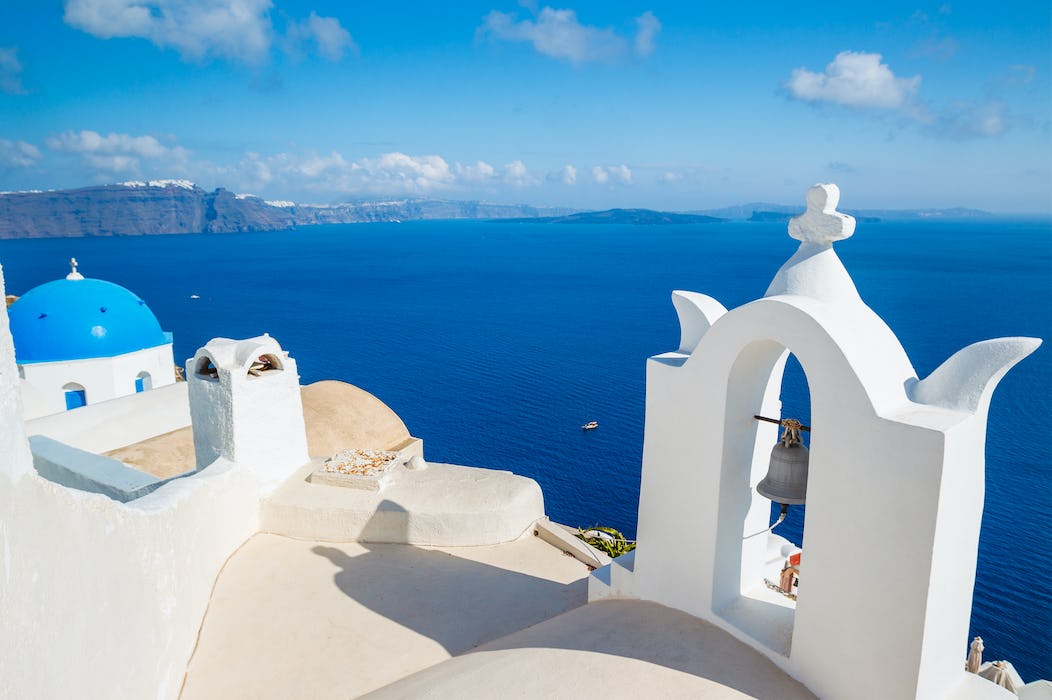 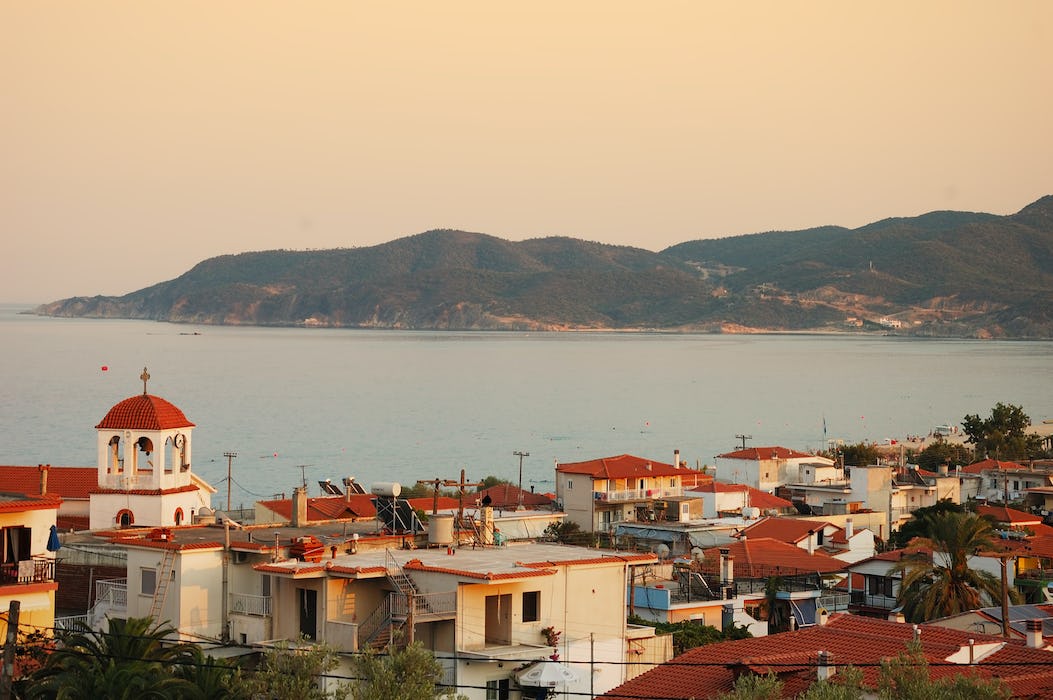 Greece, located in southern Europe, is the southernmost country on the Balkan Peninsula. It is home to over 2,000 islands and has the longest coastline in the Mediterranean, and the 11th longest in the world. Despite its extensive coastline, 80% of Greece is mountainous. Mythical Mount Olympus is the highest peak in Greece, standing at almost 3,000 m. These geographical features forced the ancient Greeks to focus their expansion towards the sea. A mighty maritime nation, Greeks settled many colonies throughout the Mediterranean. They established trade connections with Africa and Asia and created some of the earliest naval charts and maps known today. Ancient Greeks were spread across various independent city-states, known as polis. The most prominent and most influential were the city-states of Athens and Sparta. Often referred to as the cradle of Western civilisation, ancient Greece is home to some of the most brilliant political, philosophical, architectural, cultural and military minds in all of human history. 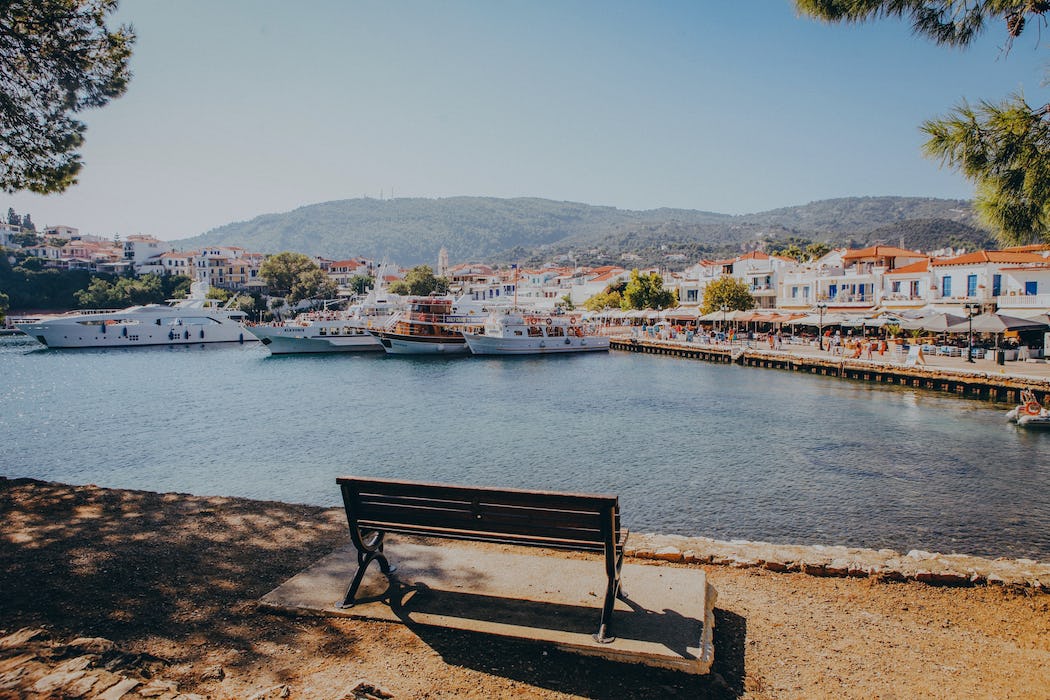 Skiathos Destination Guide - The Little Island With A Huge Heart!

Lavrion Destination Guide - The Silver Mine of Greece

The Greek town of Lavrion (also Lavrio or Laurium) sits in the southeastern part of the Attica region, 60 km southeast from the Greek capital of Athens. This coastal city sits in a wide bay overlooking the Makronisos island to the east. 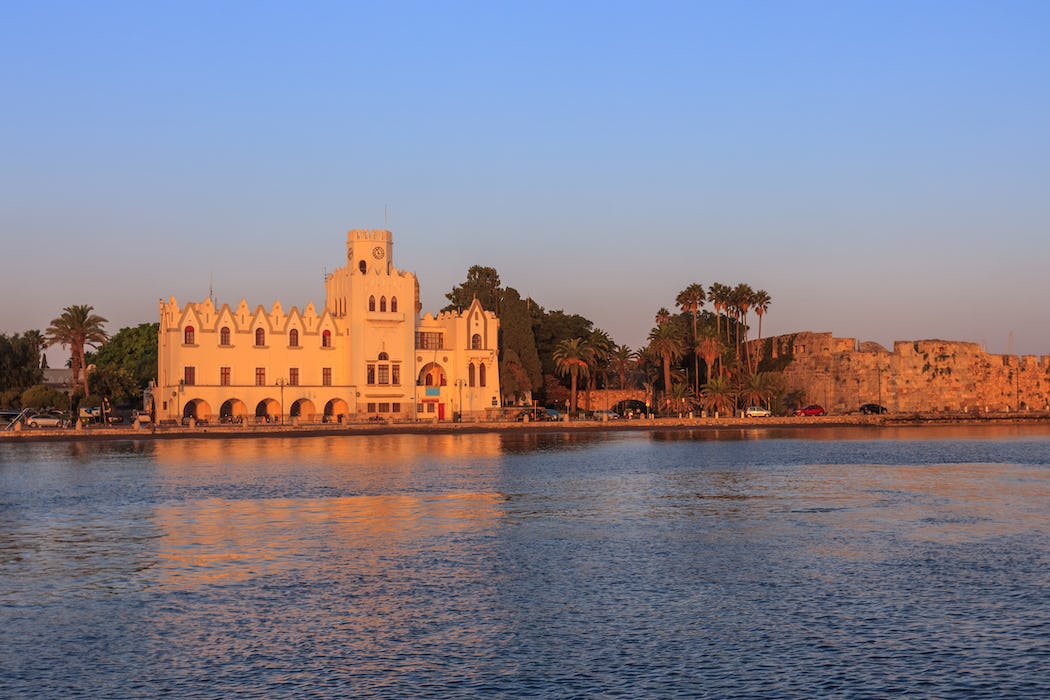 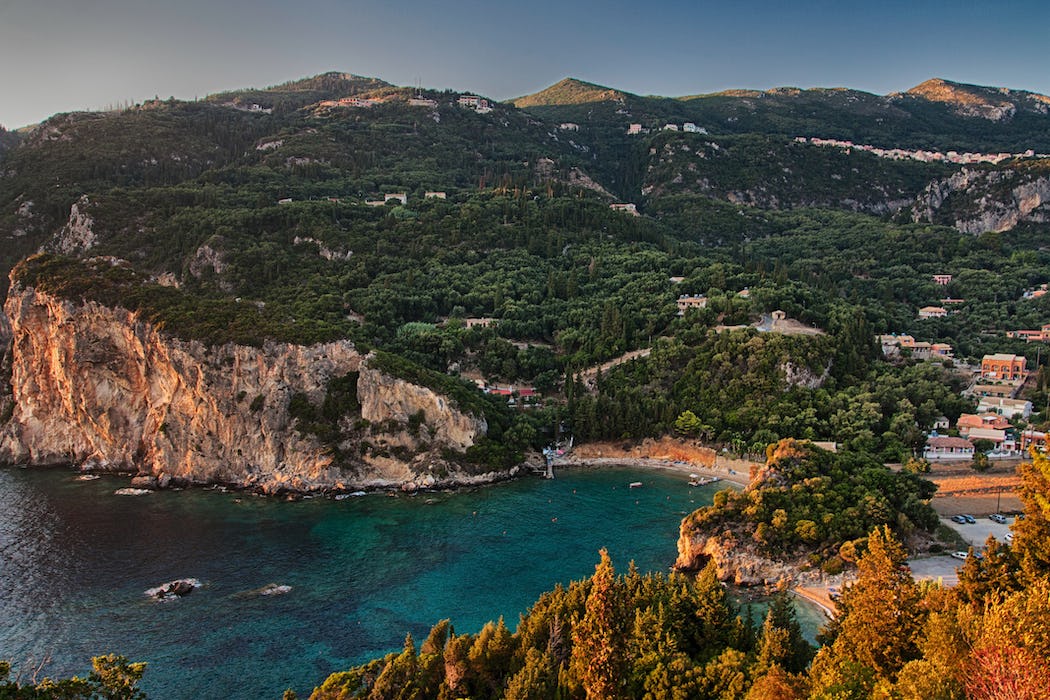 Corfu is the northernmost Greek island located in the Ionian sea, just off the coast of Albania. The island spreads over 590 km2 and is the second-largest Greek island in the Ionian Sea. Due to its size, the island offers a variety of scenery with tall mountains overlooking sandy white beaches and blue sea. Corfu is one of the greenest and most beautiful Greek islands. Throughout history, Corfu served a vital strategic purpose, leading to the intense fortification of the island. The Venitian Republic ruled the island for nearly four centuries, which resulted in some stunning architecture. The picturesque old town in the city of Corfu has been on the UNESCO World Heritage List since 2007. An exciting blend of rich cultural heritage, stunning beaches and historical architecture make Corfu an ideal holiday destination. 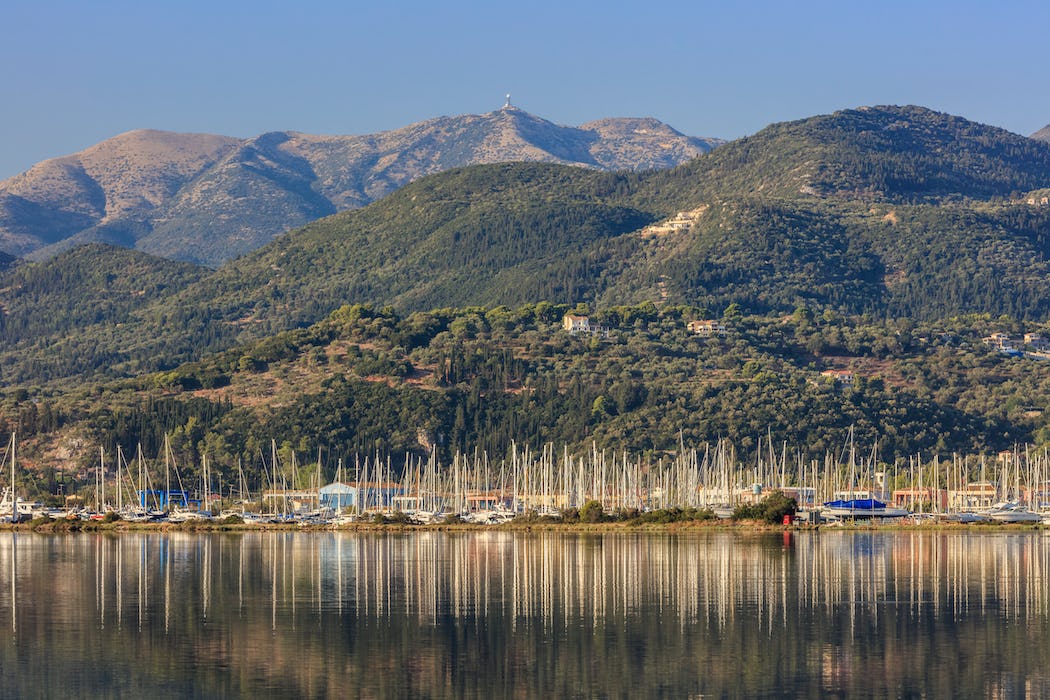 The Greek island of Lefkada is situated in the Ionian Sea, off the western coast of Greece. It is the fourth largest island in the Ionian Sea, spanning over 300 km2. Lefkada is a mountainous island, with some peaks above 1,000 m. Despite its size, only about 22,000 people live on the island today, making it an ideal place for those seeking to avoid the crowds. Lefkada is considered one of Greece’s most beautiful islands with numerous breathtaking beaches and coves scattered around the island. A stunning contrast of white cliffs surrounding the island with the blue sea makes for a spectacular sight. Despite the cliffs, the island is easily accessible as it is connected with the mainland via a floating bridge. 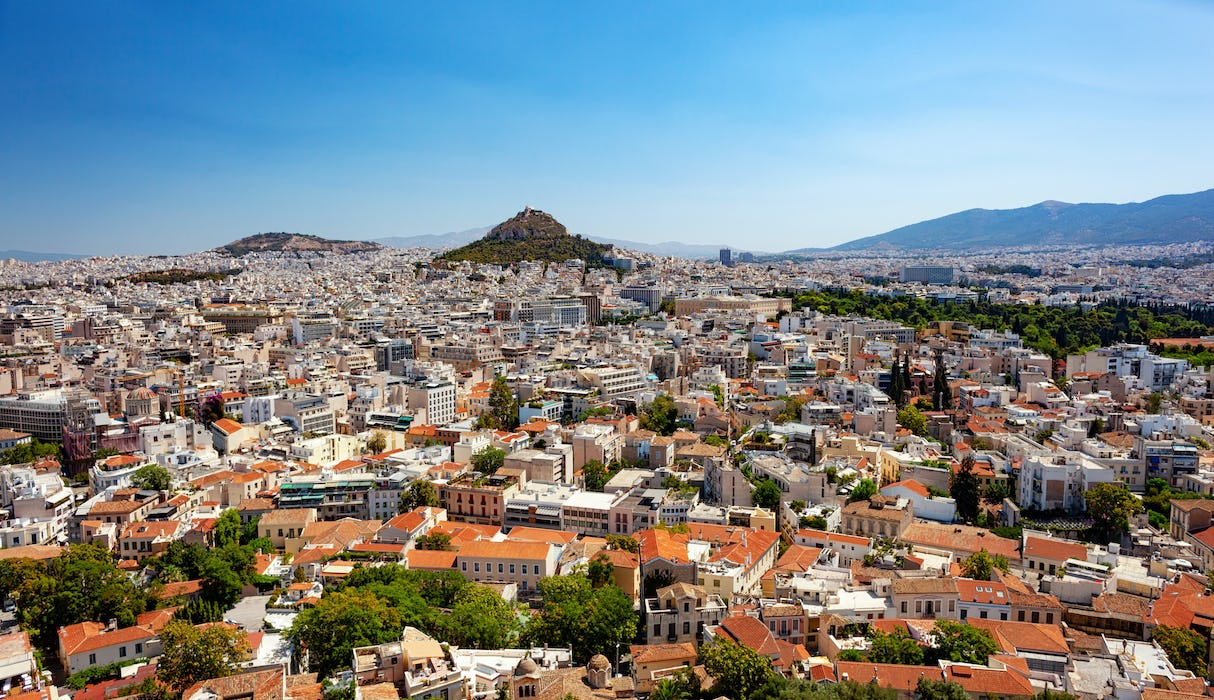 The Greece capital of Athens is one of the oldest and most significant cities in the whole of human history. Considered the cradle of western civilisation, this magnificent city is one of the cultural capitals of the world. Believed to be over 3,400 years old, Athens lies 5 miles inland from the Aegean sea closed off by hills to the east and west. Despite not being directly coastal, Athens has one of the most important and busiest ports in Europe. Located in the Phaleron Bay, Piraeus port is the largest passenger port in Europe. Over 3 million people live in the Athens Metropolitan area today, which is nearly a third of the whole population of Greece. 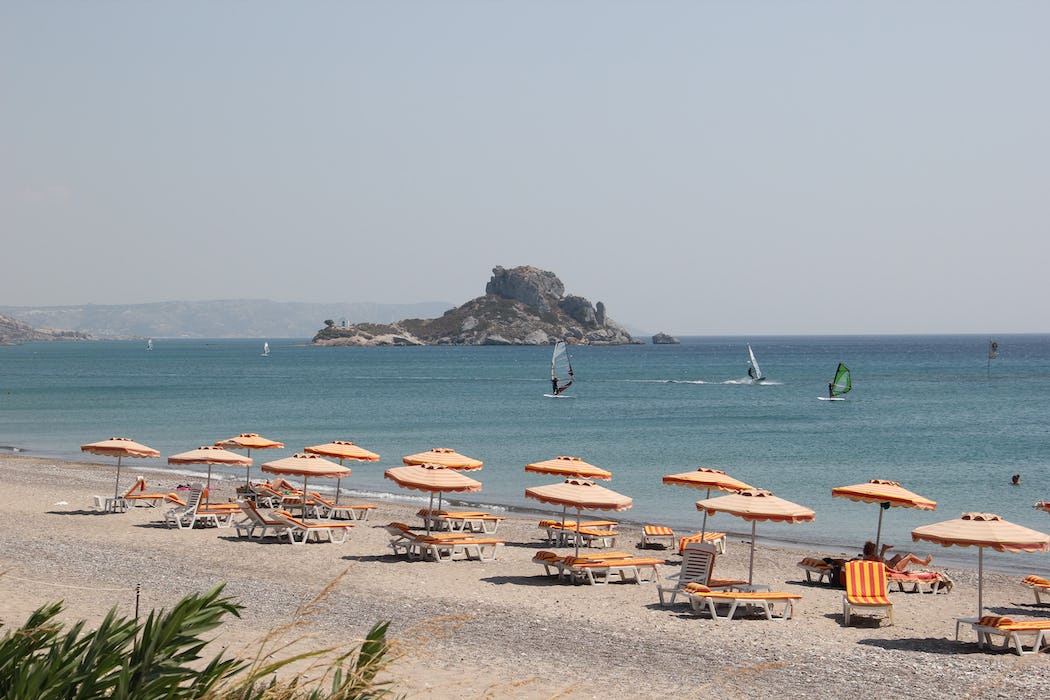 The Greek island of Kos belongs to the Dodecanese island chain, located in the south-eastern Aegean Sea. Kos has 112 km of coastline and is the third-largest Dodecanese island, after Rhodes and Karpathos. The island is located between Kalymnos and Nisyros, just 10 NM south of the Turkish coastline. 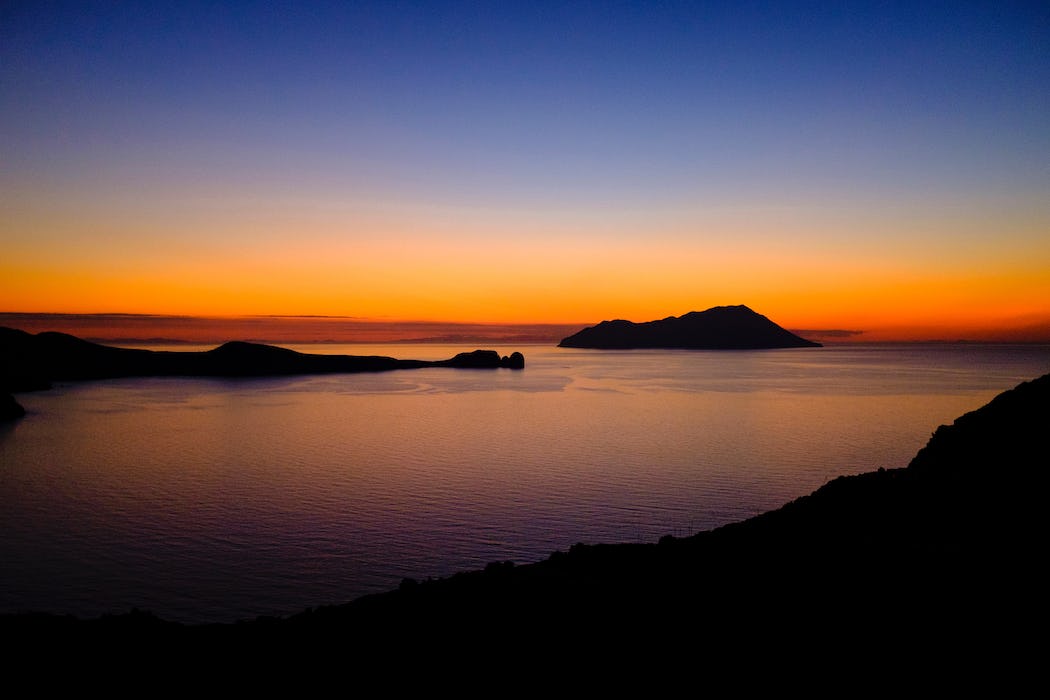 Lavrion (also known as Lavrio or Laurium) is a Greek town located on the southeastern coast of the Attica region, 60km southeast from the capital of Athens. The city is positioned in a wide bay overlooking the Makronisos island to the east. 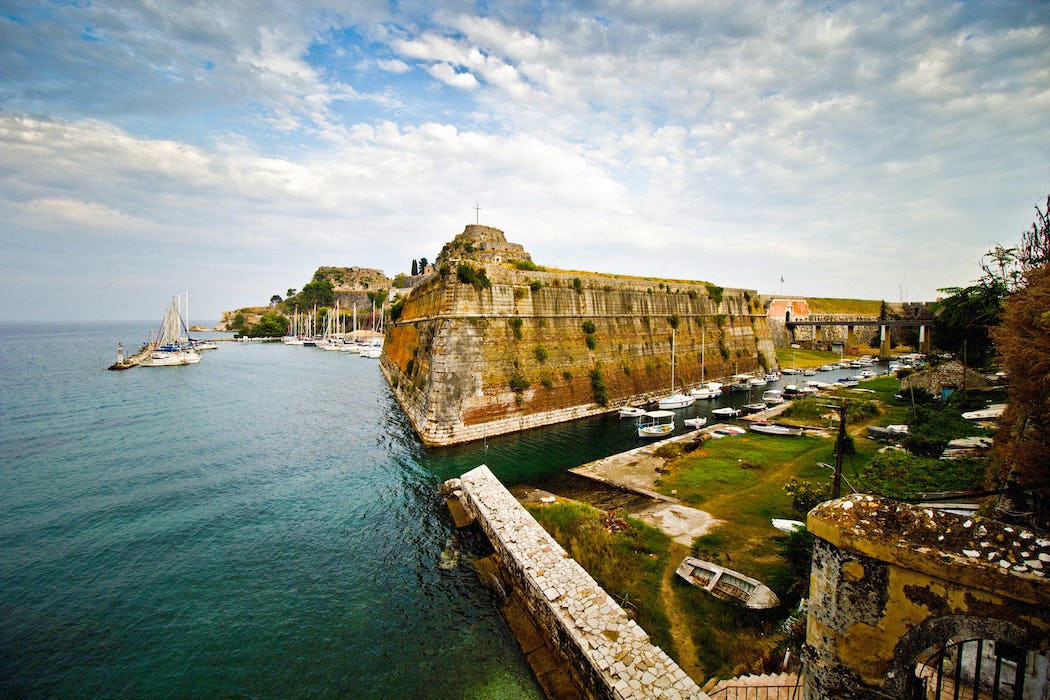 Corfu is the northernmost Greek island in the Ionian Sea, located just off the coast of Albania and Greece. Covering an area of 590 km2, Corfu is the second-largest Ionian island and the 7th largest island in Greece. Due to its size, the island offers plenty of geographical diversity, varying from tall mountains to beautiful sandy beaches.

Located in the Ionian Sea, Lefkada (also known as Lefkas) offers ideal winds and calm sea, perfect conditions for an unforgettable sailing vacation. The island is home to some of the most beautiful beaches in all of Greece, making Lefkada one of the top summer destinations. 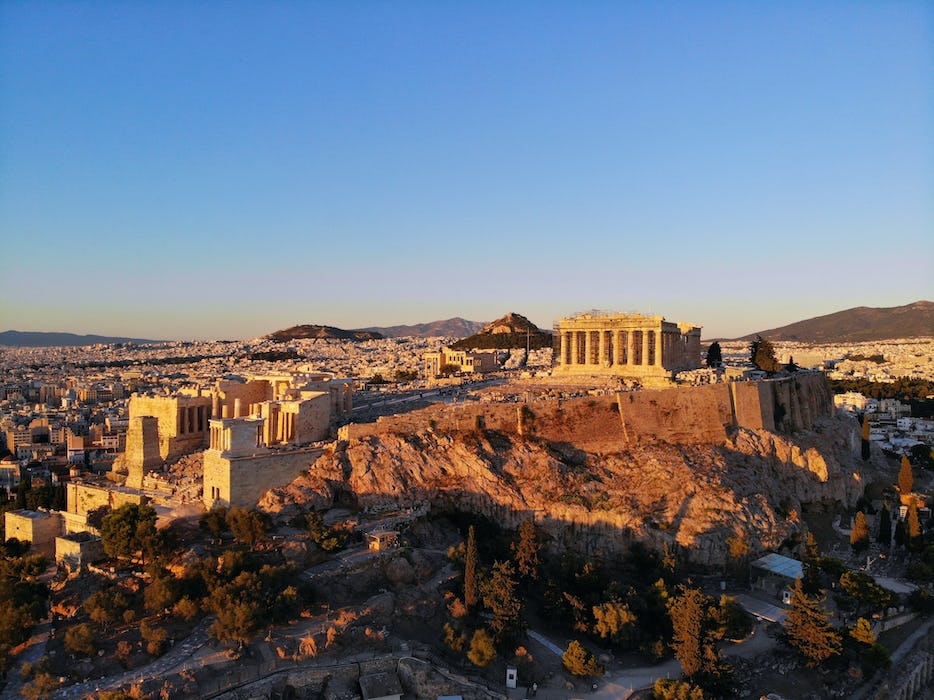 Athens is one of the oldest cities in human history. This Greek metropolis, considered to be one of the cultural capitals of the world, is home to some of the most brilliant minds in history. Impressive historical landmarks like the Parthenon serve as a testament to the city’s rich history, spanning 3,400 years.