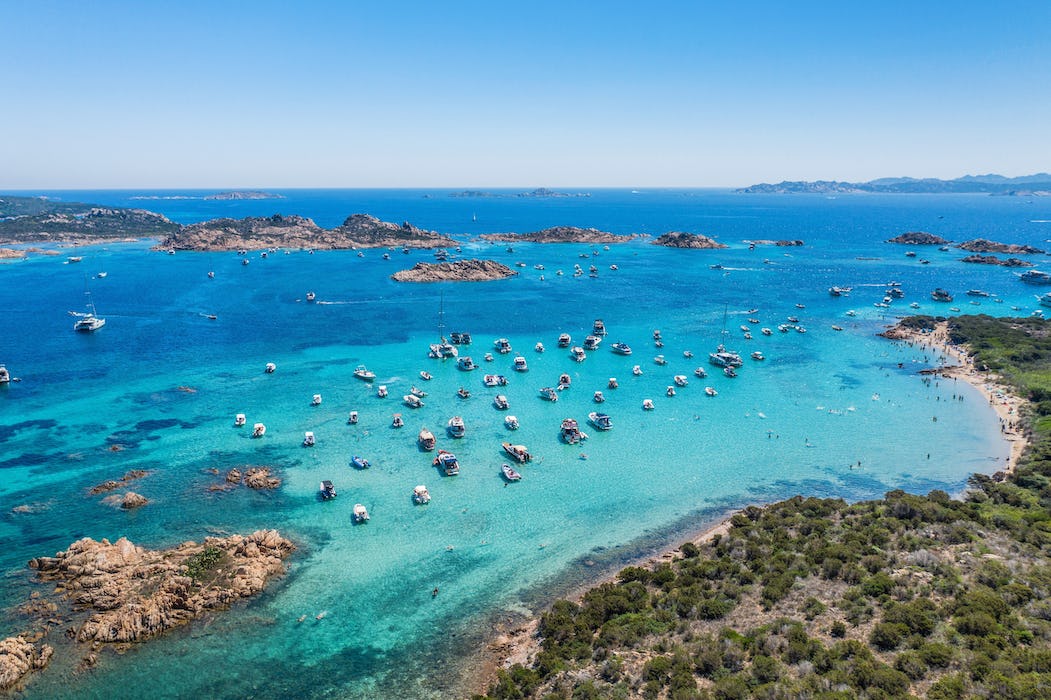 Voyage across the emerald Tyrrhenian Sea to the island of stunning coves and white sandy beaches - Sardinia.

Situated in the middle of the Mediterranean Sea, Sardinia is among the top sailing destinations in Italy, with coastal regions like Costa Smeralda attracting visitors from all over Europe.

The island's luscious natural habitats in the interior meet up with one of the prettiest coastal regions in all of Europe, presenting endless coves and sandy beaches.

Sardinia is mainly hilly but without high peaks, with rich wildlife inhabiting the fertile woodlands and marshes that occupy the interior.

On the other hand, the coastal region is full of popular resort towns and quaint fishing villages hiding in beautiful coves, touching the most inviting turquoise sea.

It is also full of rich history and culture: you will find remnants of the ancient Nuragic civilisation scattered across the island.

The monuments stand as a testament to the civilisation that ruled Sardinia from the Bronze Age (18th century BC) until the Roman colonisation in the 2nd century BC.

One of these monuments, the Barumini complex in the Province of Cagliari, is included on the UNESCO World Heritage List and is a must-see for all wanting to explore the history of Sardinia.

The local specialities include porceddu, a grilled suckling pig served on cork trays and covered in myrtle branches and sea-based dishes like Alghero lobster and Carloforte tuna fish.

A nautical and natural oasis in the Mediterranean 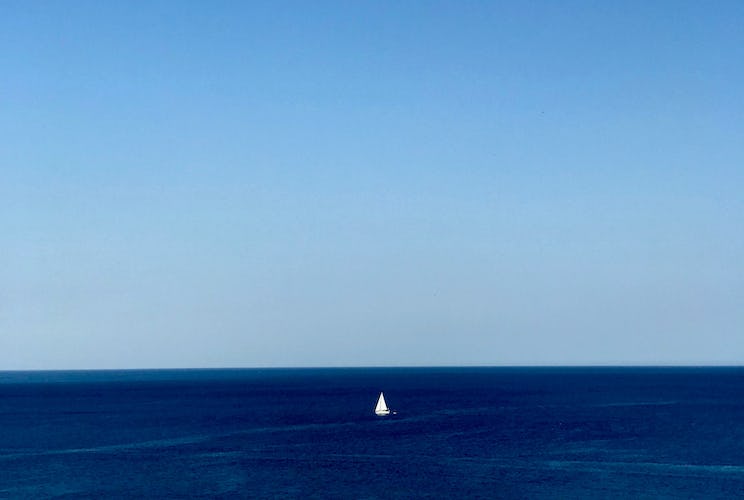 The prime example of Sardinian coastal beauty is the famous Costa Smeralda (Emerald Coast), sprawling around the Porto Cervo settlement on the northern coast.

One of the top nautical destinations on the Mediterranean, Porto Cervo, was named after the enchanting cove that resembles the antlers of a deer.

The Old Port situated here is considered one of the best-equipped sailing ports in the Mediterranean Sea.

Overlooking the vast Gulf of Cugnana, Porto Rotondo is another famous location: full of luxurious villas and piazzas surrounded by untouched nature; it is the ideal stop when visiting this part of Sardinia.

Other nearby coastal resorts like Cannigione and Portisco are extremely popular with sailing enthusiasts:

Here you will find secure marinas, top-notch restaurants, charming boutique hotels and family-friendly beaches that are just perfect for a day under the sun!

If you wish to know more about local sailing conditions and routes, check out our Portisco sailing guide!

Those looking to avoid the crowded hotspots and explore more of the natural features can visit the Gennargentu National Park or the Maddalena Archipelago National Park, each breathtaking in its way.

Another place worth visiting, especially by boat, is Stintino, a stunning region in the northwestern part of Sardinia offering endless possibilities for a leisurely vacation: golfing, boat excursions, scuba diving and many more.

Intoxicating smells of the lush Mediterranean vegetation dominate the air here while the nearby town of Porto Torres welcomes visiting sailing enthusiasts.

Top spots to visit on Sardinia

As the second-largest island in the Mediterranean, Sardinia offers an abundance of magical places to visit and enjoy.

Besides the nautical hotspot on the northern coast that is Costa Smeralda, Sardinia also houses lively and historical cities like Alghero and Cagliari, found on the western and southern shores of the island, respectively.

Everywhere in between, you will be met by charming fishing villages and picturesque coastal towns, inviting you to enjoy their unspoiled beaches and crystal clear sea. 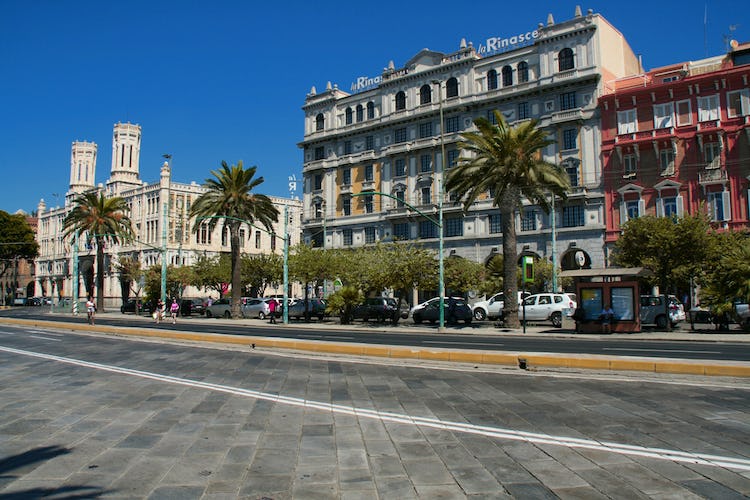 Located on the southern end of the island, Cagliari is Sardinia's capital and largest city.

It is a city of rich and long history, which spans several millennia. Several civilisations ruled Cagliari, and one can find their historical landmarks and sites all across the city:

For more than five centuries, from the 14th to the 19th century, Cagliari was the capital of the Kingdom of Sardinia, transforming it into one of the more critical ports in the Mediterranean.

Today, Cagliari is one of the largest Italian seaports and a vital transportation and cargo hub on the Mediterranean.

It is also a vibrant place where you'll find sophisticated bars, good restaurants and impressive museums.

Cagliari has a large ferry port and an international airport, making it a perfect base for exploring the south of Sardinia. 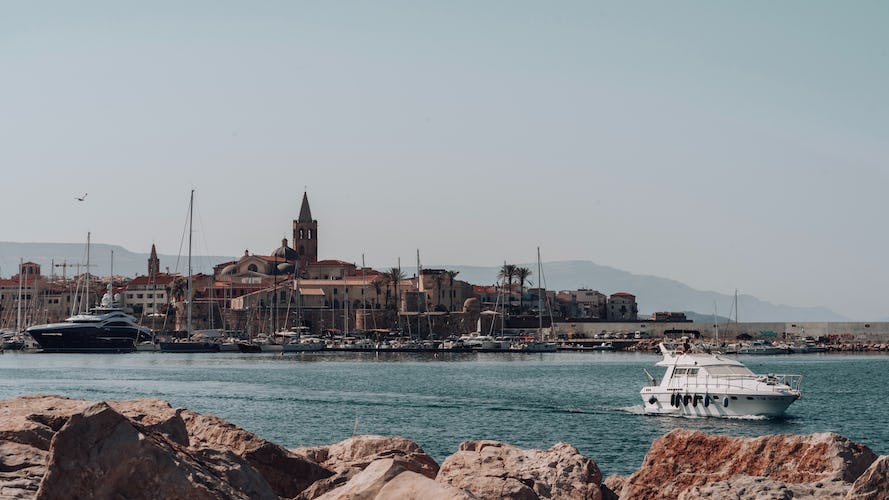 Situated on the northwestern coast, Alghero is a stunning historical town showing traces of its Catalan past, most evident in the local dialect still spoken today.

The town boasts an impactful Gothic-style historic centre housing the Cathedral of Santa Maria, the Guillot Palace, the Coral Museum and the 14th-century Church of San Francesco.

The town sits in a long and natural bay overlooking the emerald sea, with plenty of beaches to enjoy. 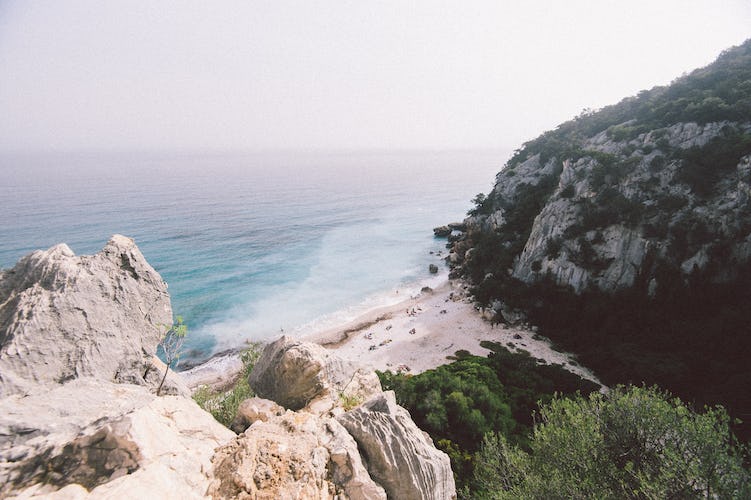 A peaceful beach in the Gulf of Orosei

The Gulf of Orosei is yet another stunning stretch of the Sardinian coast.

Situated on the eastern coast of central Sardinia, the gulf is famous for the Blue Marino Caves, consisting of stalactites and stalagmites that produce amazing lighting tricks as they reflect in the water.

The Gulf of Orosei stretches for 30 kilometres along the eastern coast of Sardinia, bordering the foothills of the Supramonte mountain.

Magical landscapes await you here as rivers flow along imposing rock formations into the sea, most famously at Cala Luna.

This gently-sloped sand beach is a true gem with amazing grottos perfect for diving and snorkelling.

Sassari is Sardinia's second-largest city and another historical city rich in art, culture and history.

Walking through the city's historical centre, where medieval streets and buildings remain untouched, you will find various buildings in Gothic, Baroque, and Neoclassical styles.

Make sure to visit the Museo Nazionale Sanna, one of Sardinia's most prominent museums, which displays archaeological collections of Nuragic bronze figures and jewellery, as well as various Roman artefacts.

This northeastern coastal region is one of Italy's most popular travel destinations, filled with stunning beaches, luxurious resorts, popular restaurants, and well-equipped marinas.

Visit the enchanting towns of Porto Cervo and Porto Rotondo to experience the true essence of the prestigious Emerald Coast.

If you are looking for some local culture and history, make a stop in the town of Arzachena. At the same time, coastal gems like Cannigione and Portisco are ideal for all wanting to enjoy summer activities on some truly spectacular beaches.

Those sailing the Costa Smeralda can continue north and revel in the beauty of the Maddalena Archipelago National Park, a beautiful cluster of islands with protected wildlife and vegetation.

If you were to describe how a typical Sardinian beach looks like, two things would be almost a given: white sand and emerald sea!

Beaches on Sardinia have that tropical feel, where the warm and calm sea kisses the golden shores.

Located between Villasimius and Costa Rei Punta, some 6 km from Villasimius, Molentis beach consists of fine white sand and a warm sea that varies from emerald green to turquoise and blue.

The beach is pretty sheltered by the wind, as dense Mediterranean vegetation surrounds it.

This long and narrow beach offers fine white sand and turquoise water, bordered by the greenery of the pine forest and other Mediterranean vegetation. Be mindful of the tide, as it can reduce the size of the beach significantly. 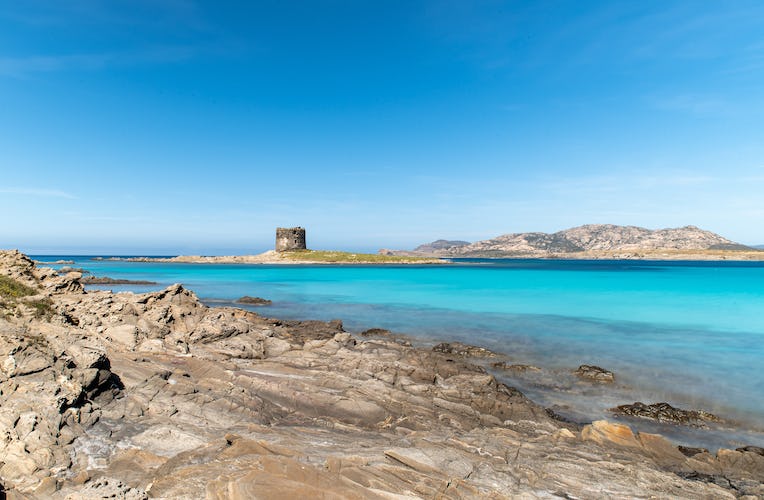 Found in the Gulf of Asinara, just 2 kilometres from the town of Stintino, La Pelosa is a true paradise in the heart of the Mediterranean.

This is a magical beach with soft sand and far-stretching shallow water, ideal for families with small children.

The beach has its landmark, a stone watchtower that dates back to 1578, that can be found just past the Pelosetta cove.

Like other Sardinian beaches, sea colour here morphs from turquoise to emerald green to deep blue as it touches the white sandy shores. Tuerredda is perfect for those looking to spend the day relaxing and soaking up the sun, while families will appreciate the calm and shallow waters here. 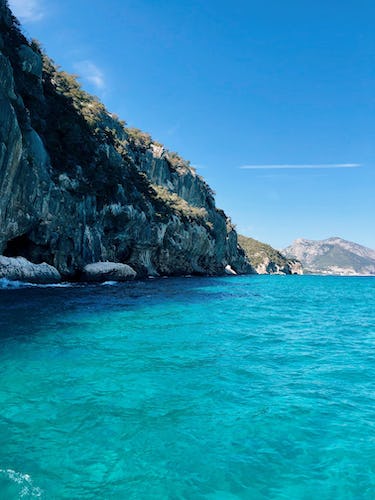 The beauty of Cala Luna

If you are looking for something more wild and untouched, Cala Goloritze is a fantastic beach located just north of Arbatax, in the southern end of the Gulf of Orosei.

You can reach the beach directly by boat or by taking a hiking trip from Su Porteddu. Several trails connect Cala Luna and Cala Goloritze, making it perfect for an all-day excursion.

The water here is somewhat colder than on other Sardinian beaches as freshwater streams from the nearby river constantly cool it.

Sardinia has a typical Mediterranean climate, with mild but relatively wet winters and hot, sunny summers.

Temperatures don't usually drop below 10 °C during the winter, while summers can get quite hot with temperatures regularly reaching 30 °C in July and August.

The average rainfall follows the Mediterranean pattern, where rainfall is more common in autumn and winter. It gradually decreases during spring, before hitting its lowest in the summer, when it seldom rains.

Sardinia is an island of many winds, especially in the period from October to April.

The western part of the island is affected by Maestrale, the northwest wind, which blows from France and affects mainly the coast and the Strait of Bonifacio.

During the summer, sea breezes often kick up and help significantly with the heat.

Occasionally, the Sirocco wind can blow from the southeast, bringing heat and sand from Africa, heating the inland plains and valleys, pushing temperatures close to 40 °C.

The sea temperature is roughly the same across the island and slightly lower in the western part.

The sea is warm enough for swimming from mid-June until September when temperatures vary between 20 °C and 25 °C. 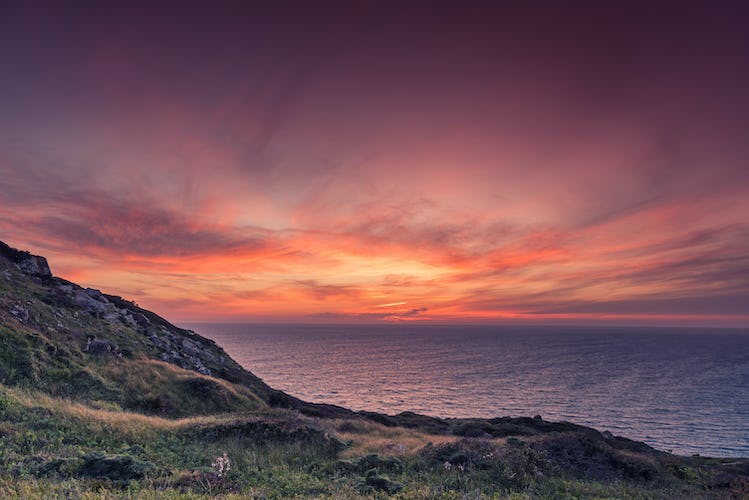 If you wish to enjoy Sardinian beaches and its crystal clear sea to its fullest, summer is the best time.

The period between June and early September has the least rainfall and the highest temperatures - ideal for enjoying water-based activities, exploring the island's beauties and soaking up the sun.

April and May are ideal months to visit if you are looking to go hiking and sightseeing without dealing with high temperatures.

Similarly, late September and October can be used for exploring the sights, but the days are shorter and occasional thunderstorms can pop up.

Sardinia differs from mainland Italy in many ways, including its gastronomy. Here you can sample unique dishes, often using local ingredients and techniques.